Developers get together as often as possible and discuss topics about coding and all that comes with it. These topics range from what we are reading, latest news, and comments about other podcasts we have listened to. 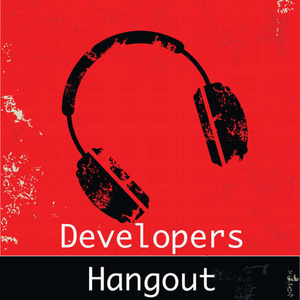 How Can We Optimize AI for the Greatest Good, Instead of Profit? https://www.technologyreview.com/s/608049/how-can-we-optimize-ai-for-the-greatest-good-instead-of-profit

they did mention HashiCorp recently

enriches our understanding of the code quality by overlaying a developer's behavior with the structural analysis of the code We get this out of PHP http://www.phpmetrics.org/ and the social side that is interesting though

Sadly, many developers simply set up a CI server and falsely assume they are "doing CI" when in reality they miss out on all the benefits. Common failure modes include: running CI against a shared mainline but with infrequent commits, so integration isn't really continuous; running a build with poor test coverage; allowing the build to stay red for long periods; or running CI against feature branches which results in continuous isolation. The ensuing "CI theatre" might make people feel good, but would fail any credible CI certification test.

is a tool to programmatically create, schedule and monitor data pipeline

more new and good tools coming out of MS but this time for .NET

man do I wish I had more time https://serverless.com/

Claudia makes it easy to deploy Node.js projects to AWS Lambda and API Gateway. It automates all the error-prone deployment and configuration tasks, and sets everything up the way JavaScript developers expect out of the box

too much manual qa right now for me Testinfra aims to be a Serverspec equivalent in Python and is written as a plugin to the Pytest test engine.